The Pleasures of Poodles to a Pessimist

Renowned for his pessimism, German philosopher Arthur Schopenhauer (1788-1860) didn’t think very highly of his fellow human beings.  Shunning the company of “the common bipeds” that were his peers he had a loyal fondness for, of all things, poodles.  Increasingly antisocial with age, Schopenhauer believed wholeheartedly that “almost all of our sorrows spring out of our relations with other people”[1].  His response to this was to turn to his dear pets for solace, compassion and empathy.

Schopenhauer owned a series of poodles throughout the later part of his life, naming them all “Atma”, the Hindu word for the supreme universal soul from which all other souls arise.  His favourite “Atma” seems to have been a brown poodle that he owned towards the end of his life; Schopenhauer adored this dog above any person, even bequeathing a considerable sum of money in his will to ensure that the dog would be properly cared for after the philosopher’s death.

In his On The Basis of Morality, Schopenhauer assures us that “compassion for animals is intimately associated with goodness of character” and celebrated the bond between humans and animals in his writings.  “To anyone who needs lively entertainment for the purposes of banishing the dreariness of solitude,” he tells us, “I recommend a dog, in whose moral and intellectual qualities he will almost always experience delight and satisfaction”[2].

Lonely, gloomy, isolated from his contemporaries, Schopenhauer found much needed cheer and compassion in his dear pet poodles, certain in the fact that “whoever has never kept dogs does not know what it is to love and be loved”[3]. 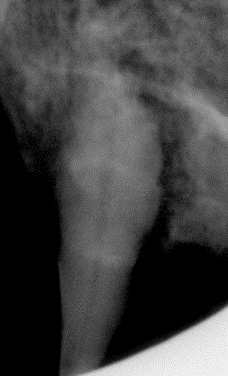 What lies beneath... the Benefits of Dental Radiographs

There are many signs of dental disease such as tartar, gingivitis, bleeding, not eating. Sometimes your veterinarian can see a tooth that’s loose or that the enamel is damaged. The tricky part is that teeth are like little icebergs and much of the tooth is below the gum line.

With recent changes to restrictions on businesses, we have made some important updates to our operating policies.

1. WE CAN NOW SEE ALL CASES BY APPOINTMENT ONLY

2. SAFETY MEASURES TO KEEP EVERYONE SAFE

If you wish to connect with a veterinarian via message, phone or video, visit our website and follow the "Online Consultation" link.

Have you welcomed a new furry family member to your home? We’d love to meet them! Visit our Must Know New Pet Owner Information page for useful resources and helpful recommendations for new pet owners.

We are OPEN with the following hours:

If your pet requires grooming, please give us a call and we will put your name on a list. Our groomer Stephanie will contact you directly to schedule an appointment.

Thank you for your patience and understanding and we look forward to seeing you and your furry family members again!