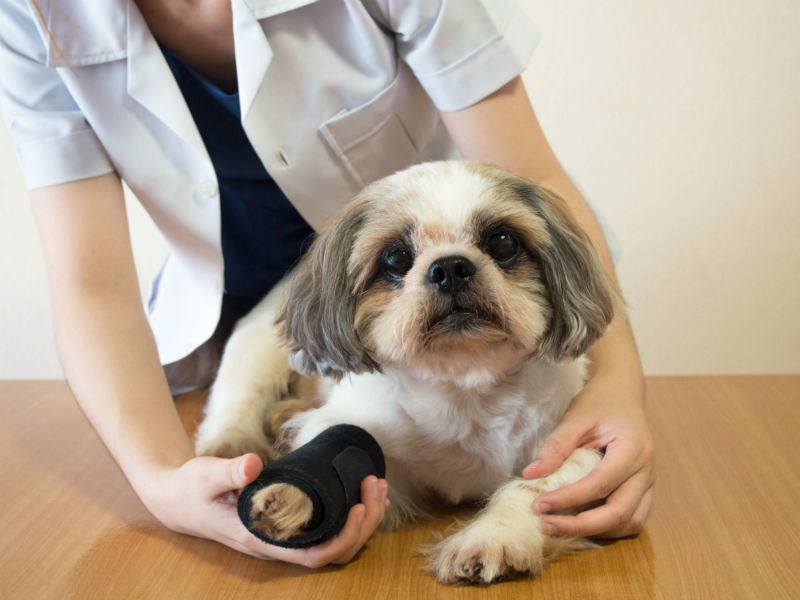 Is Your Dog Limping? Maybe It Is a Torn Cruciate

The joint between the thigh bone (the femur) and the two lower leg bones (tibia and fibula). It is the equivalent of the knee in humans.

A decrease in muscle mass and weakening of muscles in the rear leg – especially the quadriceps muscle group, would be an indication that the leg is not being used correctly and the muscles are suffering as a result. Progressive and permanent deterioration of joint cartilage will result if the condition is left untreated, due to ongoing inflammation.

Some incidents may cause deterioration of the cruciate are an injury to the stifle joint. Also a history of athletics, where repetitive movement can cause stress to the ligaments; a specific traumatic event, as bad form on a jump, or any accident that causes the ligament to tear; a knee injury, such as dislocation of the kneecap.