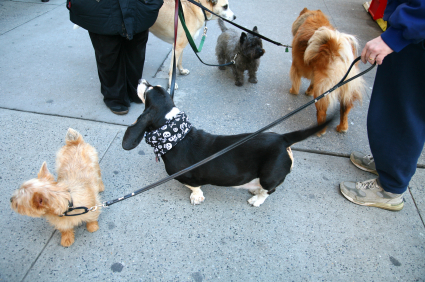 Lessons from a Leashed Dog

We live in frustrating times.  For dogs and humans.  Regulations, rules, laws and restrictions abound; in many ways, like our dogs, we are tied up. What can our leashed dogs teach us?  The cure for our frustrations.

The fourth century Stoic Roman philosopher Seneca believed that anger, and thus frustration, can be controlled, even nullified, if we take the time to consider that life isn’t supposed to be as we expect it to be.

We can learn much from the example our dogs set: even we have “leashes” that keep us restrained.  As Seneca wrote, “[t]here are conditions of our existence that we cannot change, so it is best to adopt a noble spirit towards them”.  Unlike our dogs we use our reason to see the futility of fighting against certain restraints. In fact, are able to “act freely within the length of our leashes”; the sooner we realize this, the happier we will be.

Our leashes are long enough to give us some freedom, but not long enough to allow us to move wherever we want.  As Seneca pointed out it is often far better to follow along with the rules rather than constantly fighting against constraints that we cannot change.  A lesson that most puppies learn after leash-training.

Why not make the most of life’s little liberties?

In Hamilton it all began with a pilot project in September of 1999 involving the local
SPCA and public advocates for dog freedoms. Now the City of Hamilton currently oversees eight leash-free zones for dogs in the city limits, with more prospective locations currently before city council.